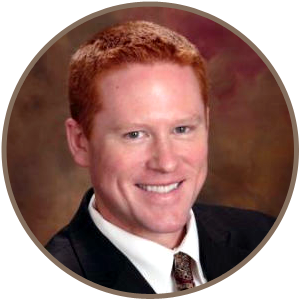 Kirk Miller grew up Cheney, Washington, just outside of Spokane.  After completing his undergraduate degree studying microbiology at Eastern Washington University, Kirk attended Gonzaga Law School. During his last year of law school, Kirk attended his first NCLC Consumer Litigation Conference in Washington D.C.  This is where he became passionate that he would practice consumer law in the wake of the foreclosure crisis after meeting so many inspired attorneys at the conference.  After law school, Kirk opened a solo practice focusing in consumer rights litigation. Kirk is a member of the National Association of Consumer Advocates and serves as the NACA state chairman for Washington. He has lectured on debt collection defense and FDCPA topics to attorneys in Washington State and throughout the country. Kirk is admitted to practice in all State and Federal District Courts for Washington State, as well as the Ninth and Sixth Circuit Courts of Appeals. He has argued cases in the Washington Court of Appeals and the Washington Supreme Court.  Kirk also serves on the board of directors for Family Promise Spokane, the Spokane Volunteer Attorneys Advisory Committee, and was one of the attorneys who formed the Spokane Bar Association Consumer Advocacy Program.

To discuss your legal situation and determine the best course of action, schedule a consultation today.
Schedule Consultation